Meet Andrew, my coach & husband (or is that husband & coach?) 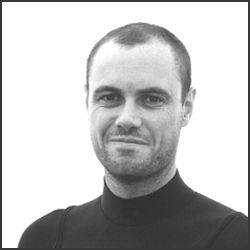 Andrew Fuller is many things to me: husband, coach, supporter, teacher, companion and so much more. From the moment I met Andrew at the Brooklyn AVP event in 2009, I knew he saw the world in a unique and interesting way. And as I get to know him more and more, his character, values, humor and insight get more and more robust. From his insightful photographic eye to his caring, thoughtful words for those often overlooked, Andrew truly cares about people.

Brooke and I hired Andrew to be our coach because of his coaching style, passion for the game and his ability to create an environment where we are constantly learning to adapt and improve. He listens to coaching podcasts constantly, picking other coaches’ brains and thinking of innovative ways to challenge us. And it’s working. In just his second year coaching us, Andrew has helped us reach 5 AVP finals and register 5 top-ten finishes on the FIVB World Tour.

Andrew also serves as an assistant coach for the USC women’s sand volleyball team. At team practices, he can often be heard saying, “We need to make more mistakes right meow!” He helped the Women of Troy finish third in the team portion of the AVCA Collegiate Sand Volleyball National Championships in 2013 and 2014.

In 2012, the inaugural year for women’s sand volleyball as an NCAA emerging sport, Andrew assisted Long Beach State to a runner-up finish at the AVCA Sand National Championship. Among the athletes he helped coach at CSULB were All-Americans Tara Roenicke and Caitlin Ledoux.

Andrew is certified through the USAV Beach Coaching Accreditation Program (BCAP) and is also a BCAP instructor.

Andrew, who is 6’9,” has played pro beach volleyball since 2007. He’s earned 9 top-ten finishes and 30 places in the top-25 in the 41 tournaments he has played. With partner Mark Van Zwieten he finished fifth at the 2011 Pan American Games in Guadalajara, Mexico.

Andrew played on the men’s indoor club volleyball team at Virginia Tech, where he joined as many clubs as possible. He was half of the News Anchor Team of the Year for VTTV, the Director of the Photo Staff, a Resident Advisor and Social Chair for the largest all-male dorm on the East Coast. He earned his bachelor’s degree in Communications from Virginia Teach in 2006 (but kind of made up his own major involving photography, design, writing, not math and bookmaking.) He also has a master’s degree in photography which he received from the Academy of Art in San Francisco in 2011.

Andrew was born and raised in Mountain View (Calif.) in the San Francisco Bay Area, where his loving parents, Lori and Regan, reside. Andrew’s brother is also named Regan, and he is married to Tracy. Together they have a son who is named Regan, too. Needless to say, we will not be naming our future child Regan.