Meet Brooke, the 2x AVP Defensive Player of the Year 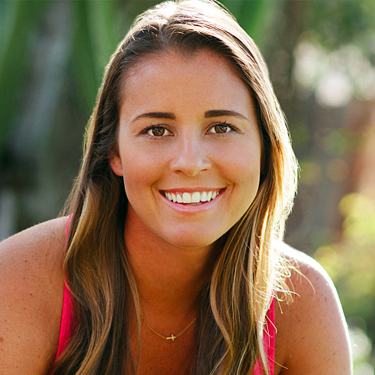 Brooke Youngquist Sweat is the best defensive player in American pro beach volleyball today. She earned the AVP Defensive Player of the Year award in both 2014 and 2013. After winning the final domestic tournament of the year in 2013, the AVP Championships in Huntington Beach (over yours truly in the finals,) Brooke and I joined forces. Together, we’re chasing the same dream—the 2016 Olympic Games in Rio.

Like a lot of pro beach players, Brooke got her start with the indoor game. A native of Florida, she played at Florida Gulf Coast University from 2004 to 2007. As a junior, Brooke was named the AVCA South region player of year. A year later, she made the ASUN All Conference Team and claimed D-II All American honors.

After graduation, Brooke’s transition to the beach game was swift and successful. She started playing pro event qualifiers in 2007, made the U26 USA Beach National Team in 2009 and won her first AVP main draw match at the 2009 Manhattan Beach Open. By 2011, Brooke was the USA Beach Player of the Year for the Florida region and was poised to break into the upper echelon of the national scene. In 2013, playing all but one tournament with Jen Fopma, Brooke notched 5 top-ten finishes on the FIVB World Tour, including a bronze medal at the Berlin Grand Slam.

She then added a domestic title to her resume, winning the 2013 AVP Championships in Huntington Beach. Brooke teamed up with 2012 Olympic Silver Medalist Jen Kessy for the final FIVB event of 2013 and then we began working out together in the off-season. After developing some on-court chemistry rather quickly, we decided to team up for the 2014 season. Our new partnership produced instant results, including 5 top-ten finishes in 8 FIVB events and 5 AVP championship finals in 7 events. With her long, flowing pony tail flying behind every dig and sideout she scored in 2014, Brooke capped off the season by taking home her second consecutive AVP Defensive Player of Year trophy.

To see Brooke’s comprehensive career history and other bios, check out her BVBinfo page, her AVP player page and her profile on Team USA’s website. You may be surprised to learn that, with all these impressive credentials to her name, she stands only 5’8″ tall. From my experience, in just a short time playing with her, I’d say she should be measured by her heart and not her stature. I’ve never seen more hustle, drive and desire in an athlete and I’m excited about pursuing my lifelong dream with Brooke by my side every step of the way.