Lauren Fendrick is a consummate multi-tasker. From high school to college to her professional career, Lauren’s not only juggled multiple interests simultaneously, she’s managed to excel at those activities across the board.

Originally from Carlsbad, CA, just north of San Diego, Lauren always knew she wanted to be an athlete. She just didn’t know which sport. A tennis, basketball, volleyball, softball, golf and academic standout at Carlsbad High School, the 6’1″ prep star chose to pursue volleyball. Lauren averaged 10 kills per match in 3 varsity seasons, making first-team All-CIF, All-Avocado League, first-team All-American and the “Fab 50” list of elite college prospects. Just before her junior year, Lauren was invited to play with the United States Youth National Volleyball Team. She not only accepted the offer but led the team in kills that summer.

Courts and fields weren’t the only place Lauren excelled. Her work in the classroom was equally impressive. Registering a 4.74 grade point average on a 4.0 scale, she was named Female Scholar-Athlete of the Year by the North County Times in 1998-1999 and All-Academic Team Captain by the San Diego Union Tribune in 1998.

Lauren chose nearby UCLA for college, hoping to make her mark on its legendary volleyball and softball programs while pursuing her undergraduate degree. Lauren was a 4-year starter for the Bruins volleyball team, earning All-Pac 10 honors each year and making the Regional Finals of the NCAA Tournament 3 years out of 4. By her junior year, she led the team in kills and made Academic All-American in both her junior and senior seasons. 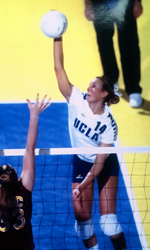 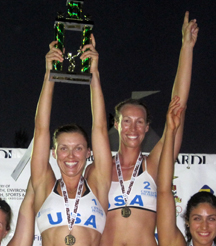 Upon graduation, Lauren immediately began applying her “do it all” mentality to her professional life. She started playing AVP pro beach volleyball events in 2003, working her way up through the qualifiers to the main draws. By 2008, she was registering top-10 finishes on the AVP with some regularity and had won two satellite tournaments on the international (FIVB) tour. As if a pro beach volleyball career wasn’t demanding enough, she enrolled in law school at USC, where she received her law degree in 2010 and passed the bar in 2011. She won her first of 9 domestic Open events in 2009. And by 2012, Lauren was selected by USA Volleyball as an alternate for the 2012 Olympic Games in London, where the two American teams just in front of her took home gold and silver medals. 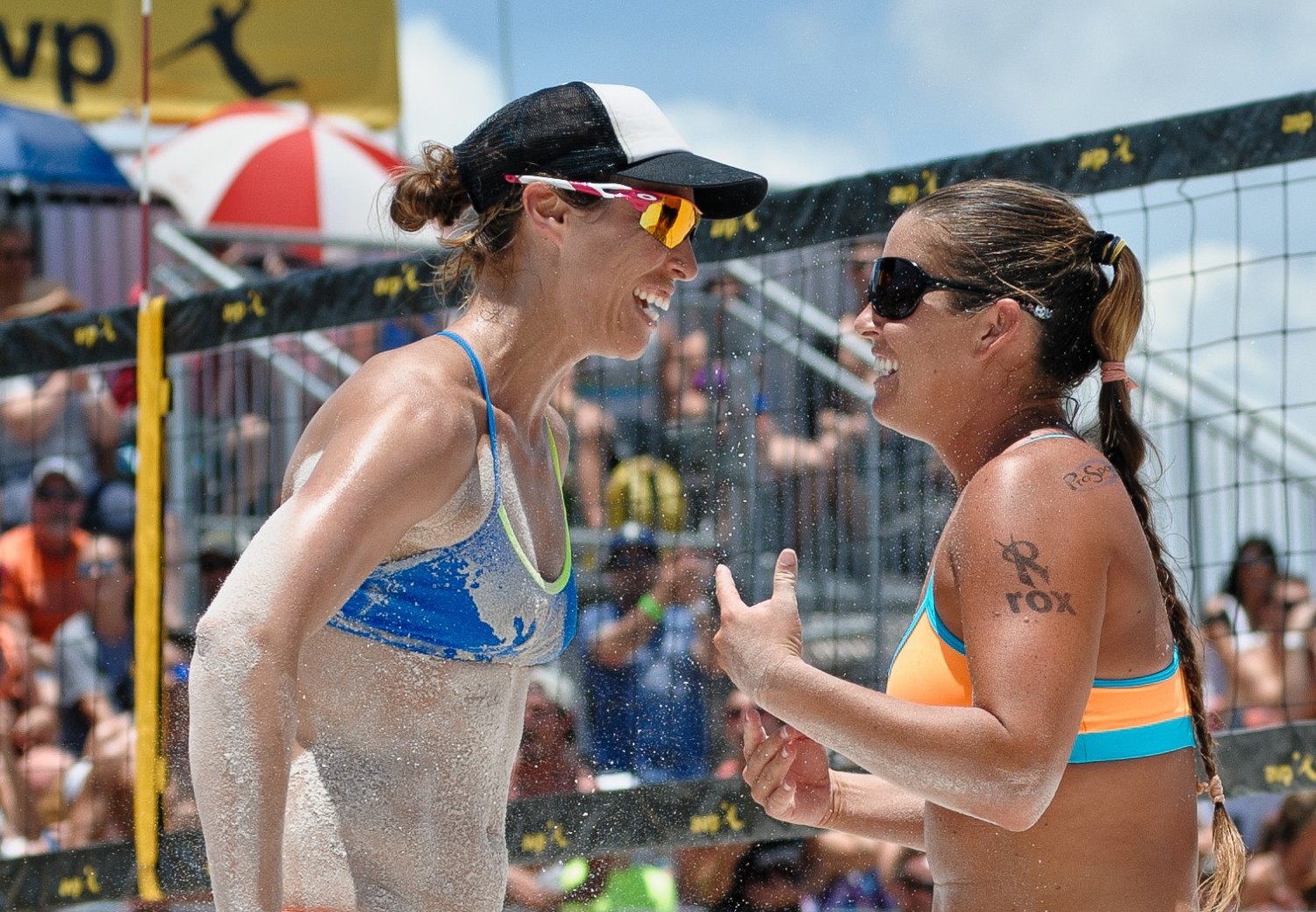 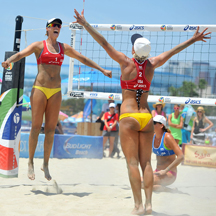 Celebrating in L.B. with B.H.

In 2013, Lauren partnered with Brittany Hochevar and the duo completed the season as the #1 team in terms of total points, placing 3rd or better 6 times in 7 events. She improved again in 2014, placing 2nd in the first 5 tournaments and 3rd in the final event—all while competing internationally on the FIVB tour.  She and partner Brooke Sweat finished the 2014 season as the AVP’s second-ranked team and Lauren took home a “Best Blocker” trophy at the AVP awards banquet. 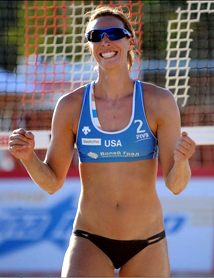 All smiles at the Moscow FIVB

The top American team was made up of Kerri Walsh-Jennings and April Ross, the defending gold and silver medalists from London. Three times in 2014, Fendrick/Sweat took Walsh-Jennings/Ross to 3 games in a final. In 2015, Brooke and Lauren were the highest finishing American team in the World Championships with a 5th place. Through their finishes on the international tour, Brooke and Lauren qualified to represent the USA for the Rio Olympics in 2016. For the 2017 season, Lauren partnered with April Ross and the duo won the silver at the World Championships. In 2019, Lauren gave birth to her daughter Willa. She’s partnered with Sara Hughes and the two look to make a run at Tokyo!

And if Lauren’s past history is a guide, maybe it’s time for her to start a small business or run for political office, too.