Fighting it out with the world's best players all summer long

The best few teams from countries the world over battle it out each week on the FIVB tour. There are three types of tournaments: Opens, Grand Slams and the World Championships. With their large prize purses and incredible venues, the Grand Slams—including the WC—are what pro beach players want to win most. Well, outside of Olympic medals. It’s a grueling schedule playing in Europe one week, Asia the next and South America the week after that but if you want to beat the best, you have to play the best. And being a professional in this sport means spending as much time in the air as on the sand. 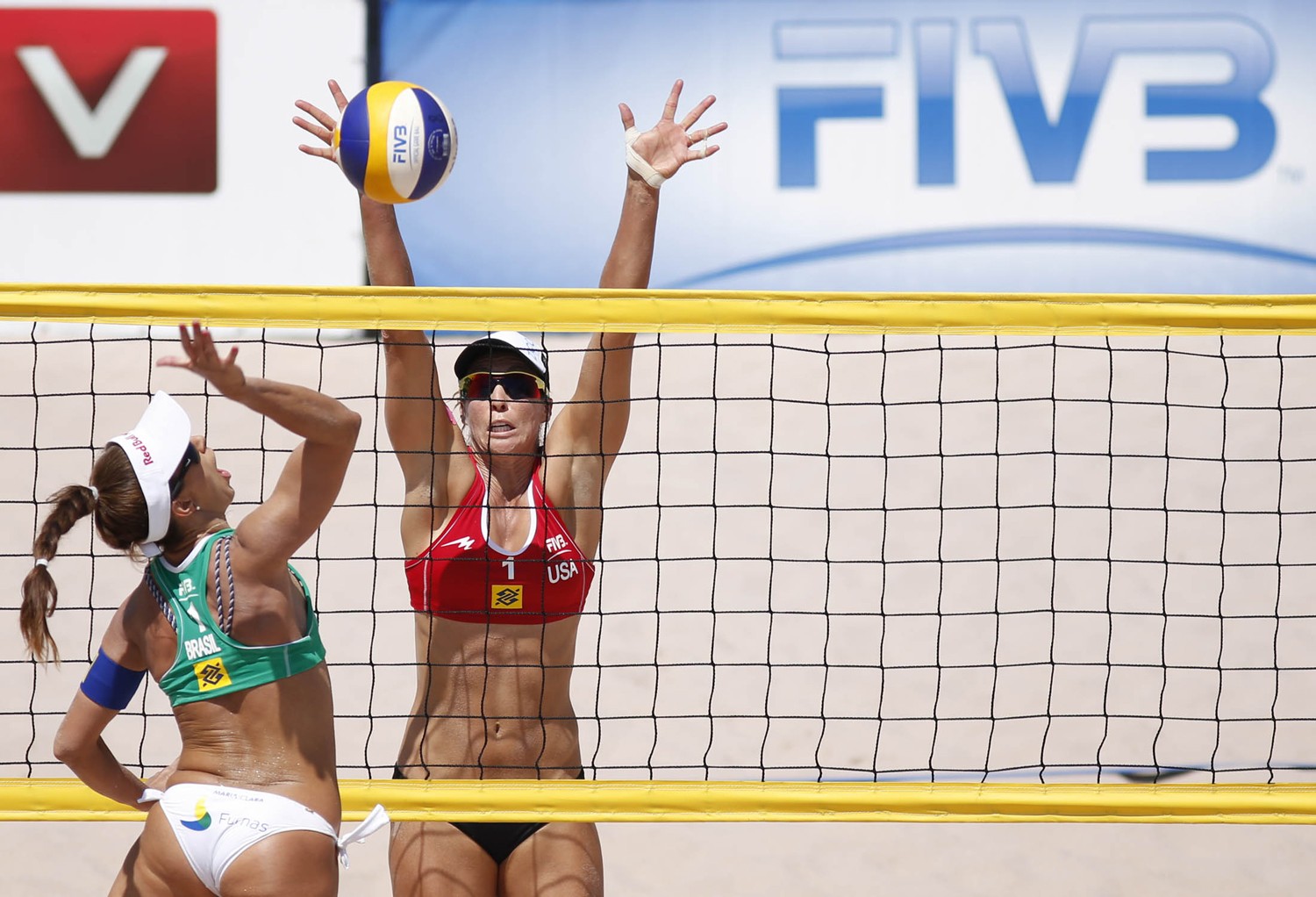 HOW FIVB TOURNAMENTS WORK
In FIVB tournaments, players are assigned to pools of four teams. We play matches (2 games to 21 and a third to 15 if necessary) against each team in our pool. 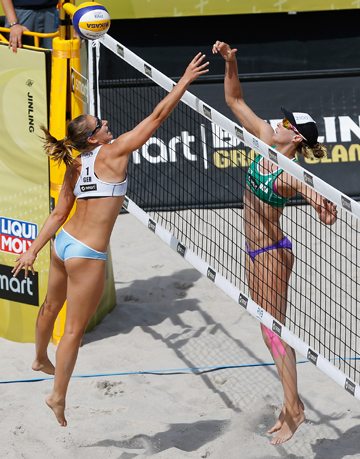 Typically, the last place team is eliminated, the next best team(s) are placed in the first round of playoffs based on their record(s) and the pool winner is given a bye into the second round of playoffs. From there, it’s a single elimination playoff and you’ll need 4 or 5 wins to take home a bronze, silver or gold medal (and a big ol’ check in the tens of thousands of dollars.)

FENDRICK/SWEAT – USA
Based on our recent performances, Brooke and I have accumulated enough points to automatically advance to the main draw in FIVB events. Only four American teams are allowed to compete in the main draw each week by either their point total or their performance in the qualifier tournament. For me, putting on that USA uniform never gets old. It’s a huge source of pride every time I get to do it. This season, Brooke and I have our sights set on a goal we have yet to achieve together—standing atop the medal stand at an FIVB event.

USEFUL LINKS
Even though in 2017 the FIVB comes to the United States more than once, it’s still not easy to follow a sport or its players when they’re halfway across the world. To help out with that, I’ve included some links to key websites and pages below. Not everyone gets Universal Sports Network but, if you do, they provide some great TV coverage. You can also visit Spike-Town.com for the latest Team USA news and online links to live and non-televised matches. And, while the navigation is a bit challenging, the FIVB website hosts some great information that I’ve provided shortcuts to here.