While my tattoos are temporary, I'm always appreciative of a little ink 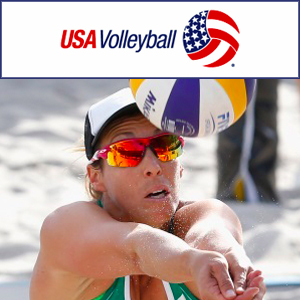 OFF THE COURT: WITH LAUREN FENDRICK

This week we caught up with beach volleyball player Lauren Fendrick (Carlsbad, Calif.) for a very special Q&A. You can follow Lauren on Twitter and Instagram or visit her fan page here. Fendrick was interviewed by Andrew Fuller (Lauren’s coach, husband and current assistant coach for the University of Southern California Sand Volleyball team) and Kevin Lynch (roommate, beach athlete).

Who is your male equivalent?
Let’s clear up who I’m not… Sean Rosenthal. I’m the anti-Rosey. He’s dynamic and bouncy; I’m a little more affected by gravity.  Hopefully I never have to play against his daughter, Tate… 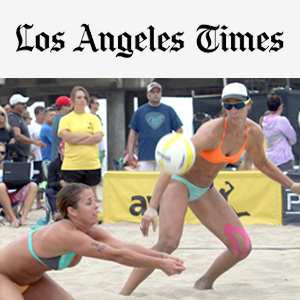 LAUREN FENDRICK, BROOKE SWEAT FIGURING OUT HOW TO WIN AT SECOND PLACE

Lauren Fendrick found out how big a star Kerri Walsh Jennings is in beach volleyball the hard way last year. Fendrick was in the semifinals of the Assn. of Volleyball Professionals Championships at Huntington Beach, rolling, close to finishing off an upset. She rose up to the net and blocked Walsh Jennings, underdog shoving favorite back into the sand. The first thing Fendrick heard was a little girl crying. The next was a man booing. Exactly three people cheered for her—husband, Mom, and Mom’s friend. Walsh Jennings is the star of this tour, without a real close second. With partner April Ross, her team can sweep the AVP season on Sunday with their seventh-consecutive tournament victory…

When my partner and I are split-blocking, how do we decide who will block during the play?

Lauren Fendrick: Typically within a match one blocker/defender combination will be more effective against a particular opponent. If that is the case, then you should decide beforehand to use your more effective defense as much as possible. You can also decide during the play, but as with most things in beach volleyball, communication is key. You can also have set rules, like always have the attacker stay at the net and block and the setter retreat to defense. Or you can consider tendencies. If your team is pulling a lot and the attacker tends to hit toward the puller, you can put your better transition-attacker at the net in hopes of getting a chance to pull, get a dig, and smash down a transition set… 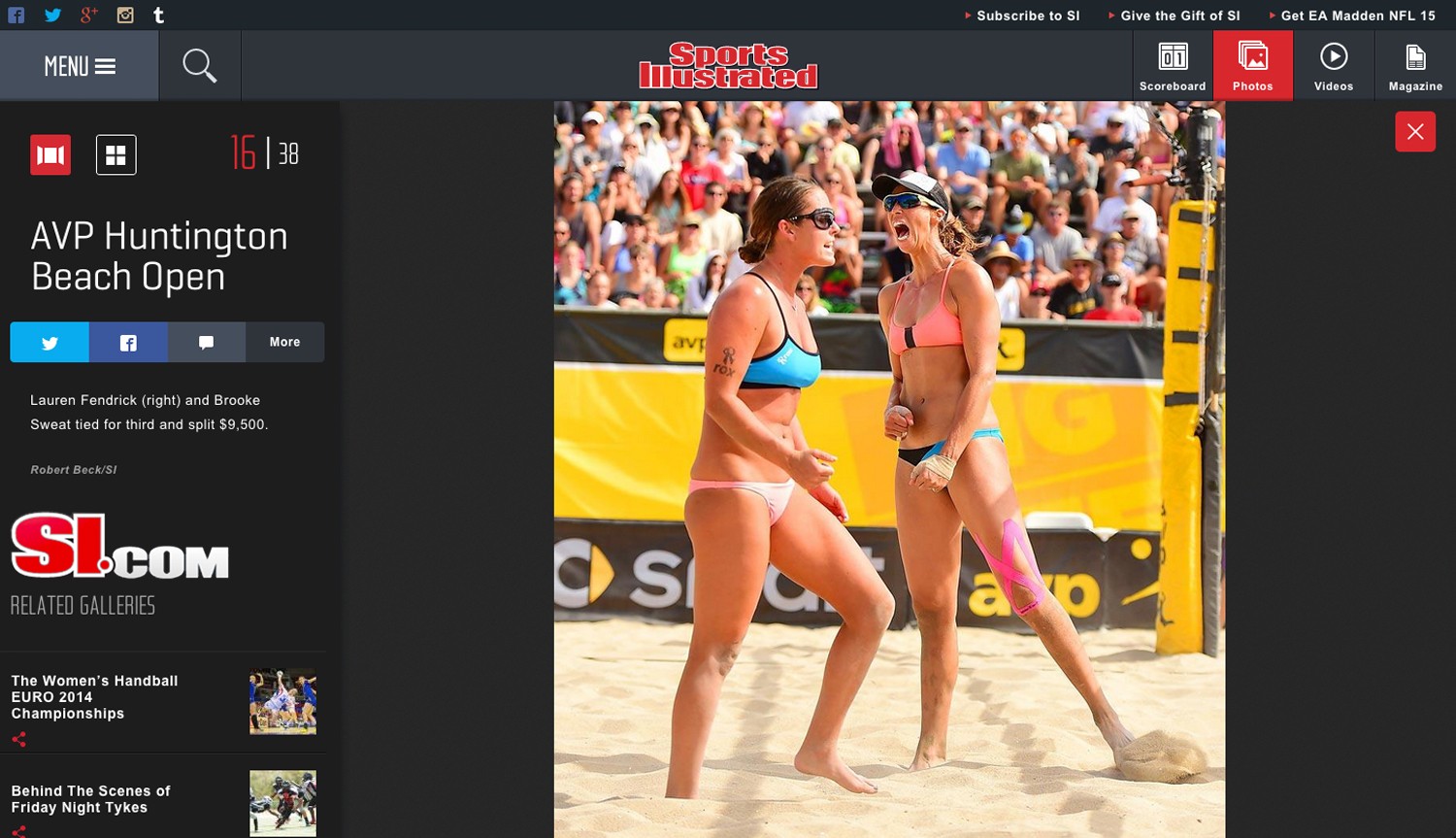 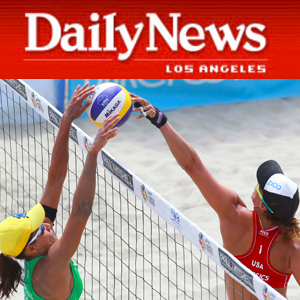 Court 1 at the Asics World Series of Beach Volleyball was ground zero for the always-entertaining rivalry between the United States and Brazil. No other countries have won more FIVB medals this year and the powerhouses split two close matches on Friday for spots in the quarterfinals.

After Americans Jake Gibb and Casey Patterson fell to Ricardo Santos and Alvaro Filho from Brazil 21-18, 23-21, Lauren Fendrick and Brooke Sweat got some revenge for the USA by beating No. 2-seeded Juliana Felisberta and Maria Antonelli 30-28, 21-17. Last week, Fendrick and Sweat got crushed by Juliana’s power and athleticism. This time, the Americans fought off five game points in the first game to win the highest-scoring game of the week… 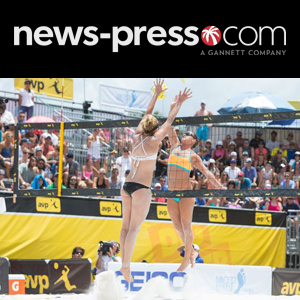 Brooke Youngquist always could jump out of the gym. But it’s the sand that is taking Brooke Sweat, as the former Canterbury and FGCU volleyball star is now known, around the world as one of beach volleyball’s continually improving best. Shanghai, Moscow, Berlin and Norway this year have been her stops on the world beach volleyball tour, following Thailand, Switzerland, Netherlands, Argentina, Dominican Republic and more in 2013. And Brazil. Of course, Brazil.

“Right now my big picture, and our big picture, Lauren and I, is 2016,” the Fort Myers native said of the next Olympics, in Rio de Janeiro, for her and new partner Lauren Fendrick…

April 17, 2012 Interview for beach volleyball blog Sand In My Suit